This year, our Monastery celebrates the 700th jubilee of existence and activity. As one of the oldest sacral edifices and institutions on the island of Pag, the Monastery with its monastery church represents a valuable contribution to the entire cultural heritage of the island of Pag.

The Monastery of St. Marguerite is the only religious community (founded in 1318) that has what to offer to all visitors and residents of the island and the city of Pag of all ages throughout the year. An overview of movable cultural treasure, which the Monastery has been collecting for centuries, intangible cultural goods such as the skill of making paški baškotin,(special type of hard buns), koludraška štrika (cake), kolačići (cookies) , etc. and products of that skill. A special segment is the making of Pag lace, the appearing and origin of which are connected to the St. Marguerite Benedictine Monastery in Pag and which has been inscribed on the UNESCO List of Intangible Cultural Heritage in 2009.

This anniversary, which is not only the anniversary of existence and survival of the monastery complex, but also a confirmation of the continuity in the development of the island of Pag in the sacral, cultural and economic sense, deserves to be organized and presented at a level  equal to its value. We intend and wish to finish already started projects of setting up a sacral collection and publishing the monograph on the Monastery by the celebration of this important event. With the new collection, the Monastery will become a new attractive landmark for the inhabitants and visitors of the island of Pag, and this anniversary will be the anniversary of the life of a sacral and cultural island and of the city of Pag. 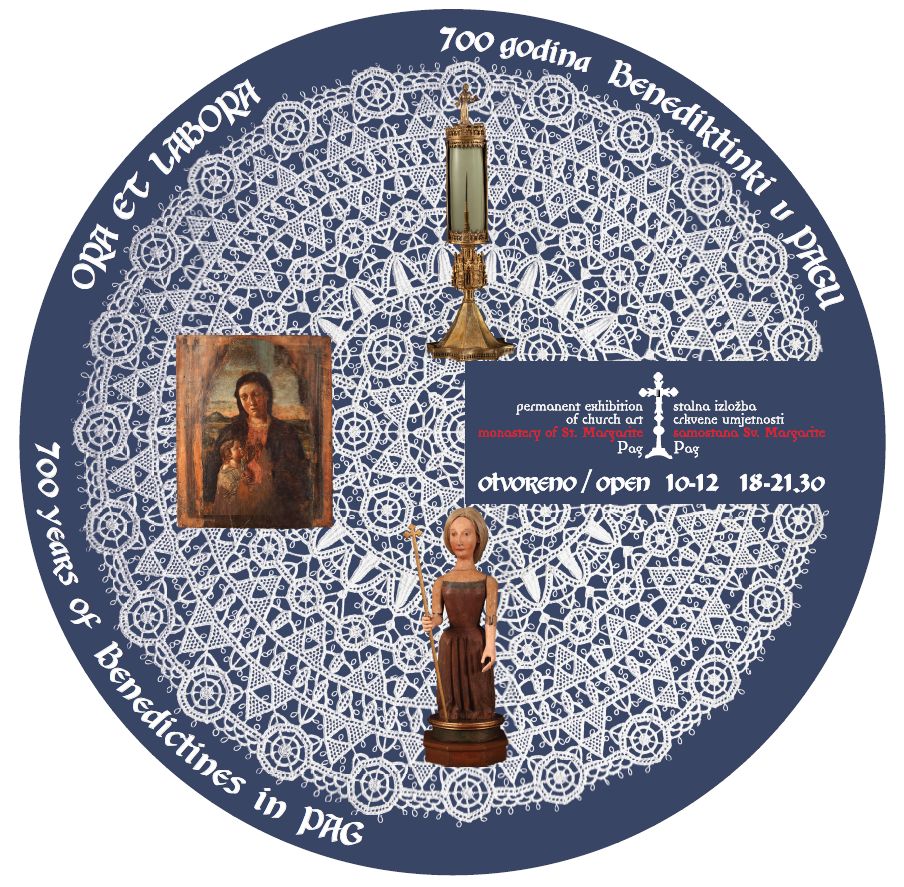